What to see in the surroundings of Verdemare Village in Vieste

THE CITY OF VIESTE 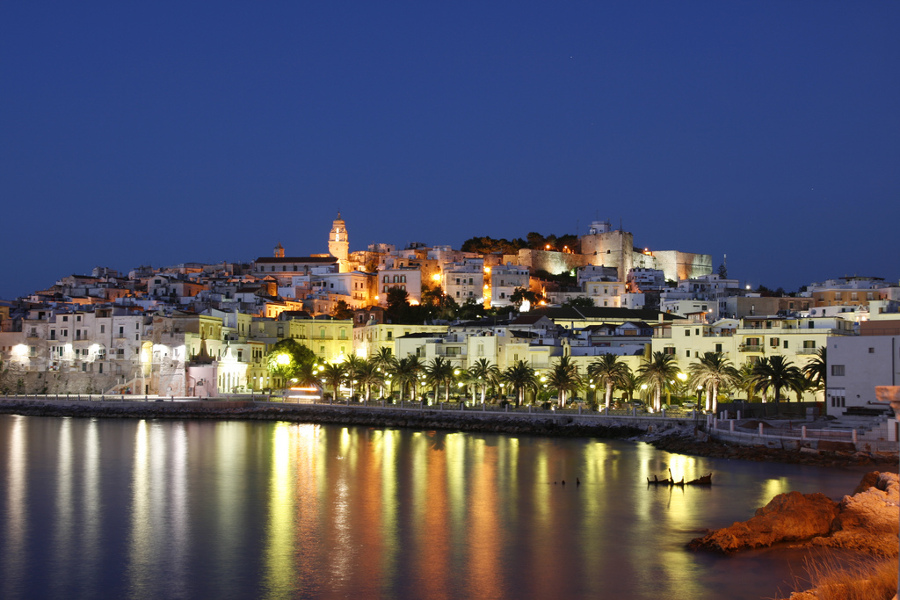 The easternmost town of Gargano, lying on a steep slope of about 50 meters high, gently slopes down to the carnival in almost all agra; from the sea. Sleeping and faded appears under the watchful eyes of the mighty Castle, built by Frederick II of Swabia. Just below the vigorous fortress, stands the Cathedral Basilica, a fine example of Romanesque art, built between the X and XI centuries built in the most part; High of the city's medieval center.

The medieval quarter winds through narrow, sinuous streets sometimes joined by delicate arches, between white houses and staircases, leading into the spectacular Ripa district, projected on the immense blue sea. The historic center from the top of the Castle declines and extends to "Punta San Francesco", showing in its beauty an enchanting scenery.

Vieste, which welcomes visitors with the famous Pizzomunno, a gigantic monolith, about twenty meters high, has remote origins and is located in the center of a territory rich in extraordinary natural beauty, the heart of the Gargano National Park.

THE NATIONAL PARK OF GARGANO 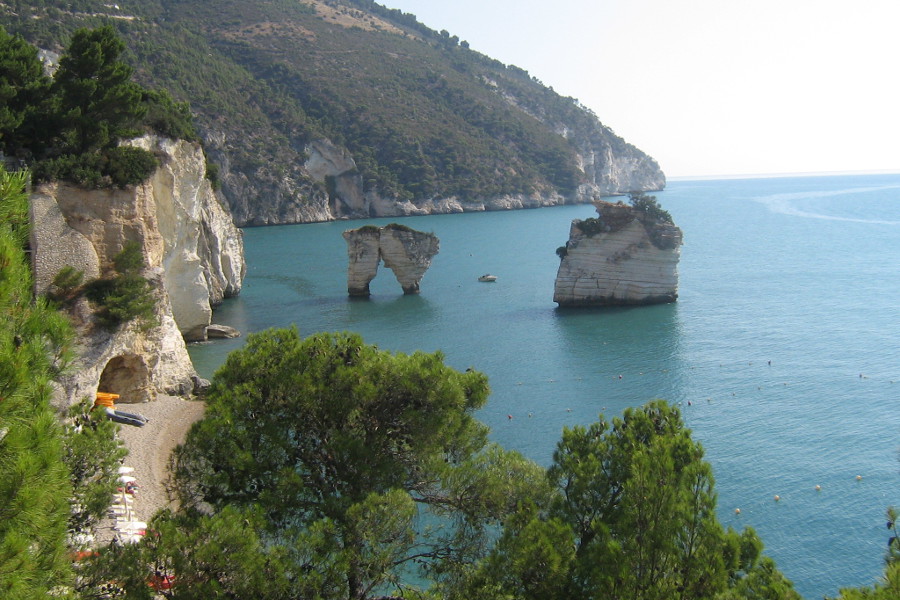 On this biological island, surrounded by the sea and plain of Tavoliere, there is a very high degree of biodiversity: on this 0.7% of the national territory there is about 33% of the Italian plant species and reproduce 170 of the 237 species of Nesting birds in Italy. This exceptional wealth comes from the variety of eco-systems that follow, which make Sperone d'Italia a territory naturally "devoted" to being a National Park. 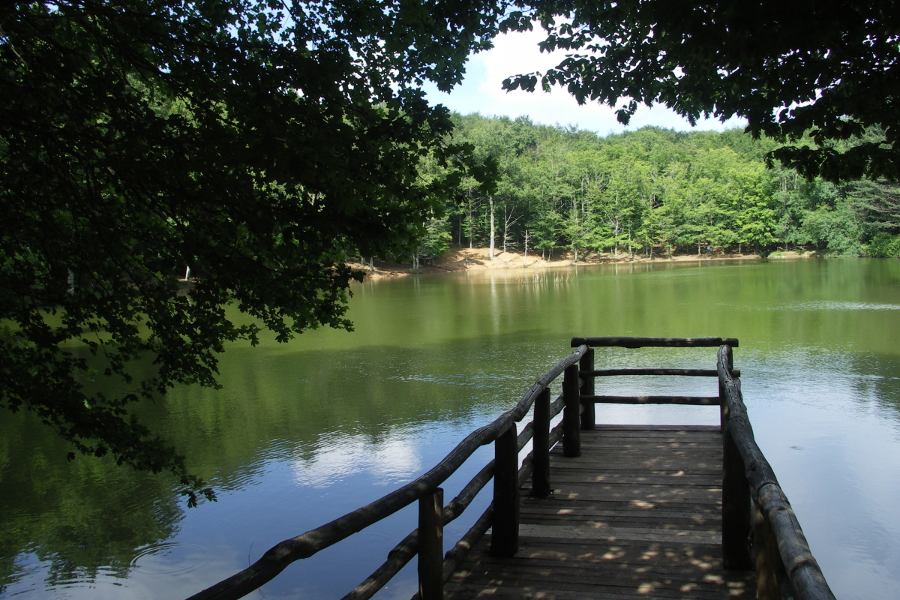 It's like a small Italy. Inside the Daunia, from the name of the ancient people in the Upper Apulia, there is the best of our peninsula: from the green of the Umbra Forest to the bays and beaches of the coast. A civilization made up of traditions, from the places of Padre Pio and faith to the pearls of the coast like Vieste and Peschici, from the salt pans of Margherita of Savoy to the Tremiti Islands, a paradise for underwater diversions among the hidden coves and suggestive caves. The people of these places are warm and welcoming, the facilities are modern. The kitchen, both on land and by sea, is one of the most tasty and genuine of our country. 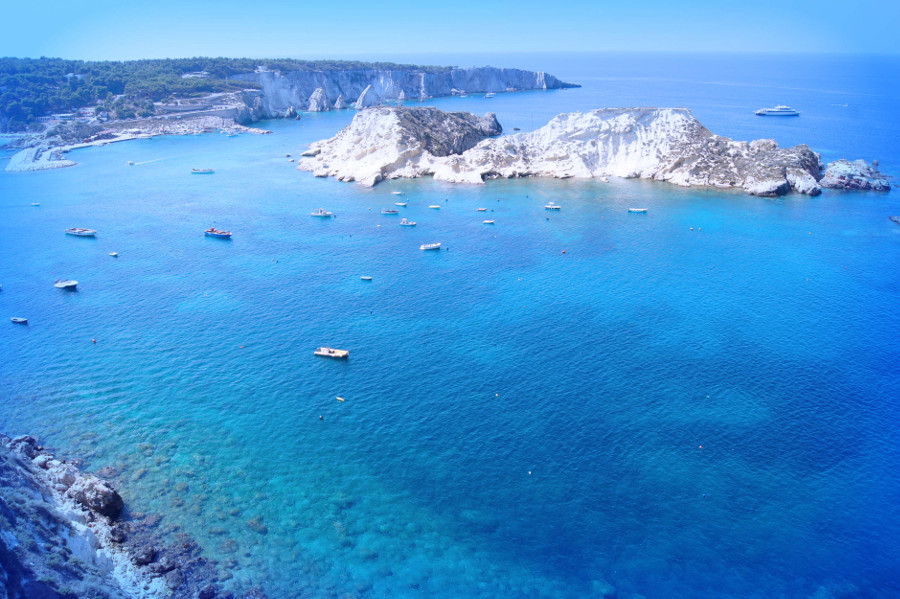 About 12 miles off the Gargano are the Tremiti Islands, ancient Diomedes, defined for their enchanting and uncontaminated beauty "the pearls of the Adriatic". The small archipelago consists of the islands of St. Nicholas, San Domino, Cretaccio, Caprara and about 11 miles from the island of Pianosa. The Tremiti Islands are a marine nature reserve established by an interministerial decree in 1989 and has been subdivided into three areas regulated by legislation for the protection of flora and fauna.

Nature, history and art have made Puglia a great tourist destination, able to give in all seasons the pleasure of discovering a new land, opening up new horizons for your holidays. From the famous defect of Barletta to the vicissitudes of Federico Barbarossa, who built countless castles and forts like the magnificent Castel del Monte. From the Land of Trulli to the beautiful Baroque Leccese. From the extraordinary natural beauty such as the Castellana caves or those of the Garganica coast. From cities like the ancient Brindisi, the last bastion of the Appia Street to the countless villages lurking over a crystal clear sea or set in the ancient streets of Christianity.

THE VIE OF THE FAITH 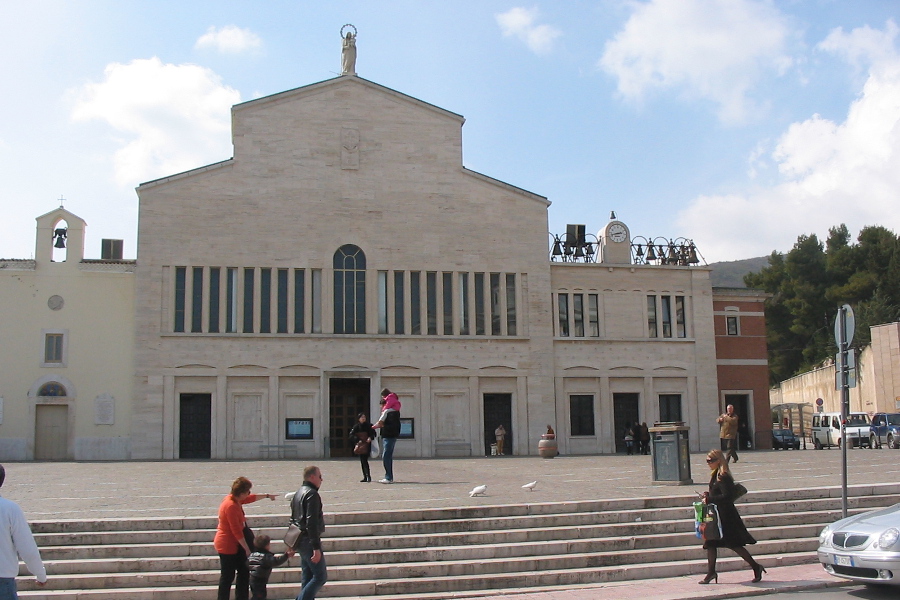 From 400 d.c. The Gargano was a territory with strong presence of spiritual places of great importance for Christianity. On the way to the Holy Sepulcher in Jerusalem, the Gargano set itself as a milestone for a pilgrim people who, starting from Santiago de Compostela in Spain, worshiped the famous Sanctuary of Archangel Michael in Monte Sant'Angelo, a place of his appearance.

The territory was so populated with monasteries and abbeys where pilgrims were hosted, the various religious orders that protected sacred places like San Leonardo near Manfredonia, the Monastery of Pulsano and San Matteo within the promontory. Last and certainly among the most famous of these places is San Giovanni Rotondo, the seat of St. Pius da Pietralcina, now buried and revered in the crypt of the old church, next to the brand new to him, the true wonder of sacred contemporary art, Architect Renzo Piano.

By the means of transport of "Ferrovie dello Stato" it is possible to reach Foggia and from there to get any other place by train.